Elitism, Black leaders and the Empire.

The age of segregation and apartheid. In 1904 The ‘Boule’ was formed in Philadelphia, this was designed by the empire to elevate certain people of colour with potential, to the lofty realms of control.(7) Martin Luther King, Jesse Jackson, Barack Obama, Bill Cosby are all reported to be members of Boule.

It would be a difficult task for the black queen Victoria and her cohorts to control some unruly farmers. Therefore a control mechanism was required whereby the people control themselves and their particular group, it has always been done this way, since the beginning. Schoolteachers, priests, governors, mayors, presidents, and all the police and courts. Clever system really, anyway I digress.

The Boule is the black version of the Skull and Bones (1), both secret societies sworn by blood in service to the king….. The king? The king is Rockefeller. Basically this elitist, racist, internationalist, multi-trillionaire is the puppet master; although also a puppet, and our brothers are his black sambo puppets, dancing to his tune to control their people; still slaves to the white massa.

Skull and Bones (The skull is that of Geronimo) 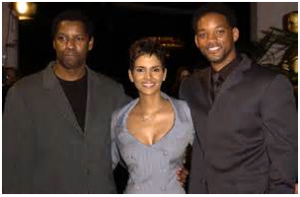 The Boule is run by Sire Archons. Archon noun (in ancient Athens) one of the nine chief magistrates

The Boule has taken a sworn oath to maintain the state of white supremacy, and to never let you know the whites that rule the world. M’Bwebe Aja Ishangi

It isn’t ruling whites it is ruling bloodline.

This is where the Greek connection comes into play Sigma pi phi etc the Greek fraternities and sororities, part of the channelling mechanism through the universities, into a land of fortune.

The bible and Gnostic texts tell us that archons are demons, or interdimensional parasites.

People of potential are channelled through universities (Rhodes Scholars) and assisted to greatness, through Masonic Lodges and streamed directly to positions of power, this is an ongoing process and names are available with minimal digging (6) These elitists don’t want useless students, hence the problems with free education; only the chosen ones have access to the truth. This is why it is all a secret; accompanied by threats, blackmail and murders etc.

We have been hearing about re-oathing the civil servants, well this will be a problem as most have sworn in blood to serve the king; that oath supersedes all others; on pain of death. All secret society members swear allegiance to each other. So it’s all about networking and service to self, not others.

Our research leads us to this influential puppet/puppet master.

Booker T was a Freemason. A member of the Prince Hall Lodge. (5)(6)

I would like to point out that the Masonic blue degrees are philanthropic and fairly harmless; but higher up…. deadly, as they only have allegiance to each other; this encourages, no demands, treason. Freemasonry began in South Africa in 1772. (8)

John Dube in 1899 travelled to the US and was greatly influenced by Booker T; both men were considered to be civil rights activists. Booker T was the head of the University at Tuskegee at that time. Dube would prove to be very useful. He was the key to racial tension; most useful tools begin as freedom fighters, yet support the elitist agenda. It should be remembered that Dube was ousted from the presidency of the ANC in 1917 for his apparent acceptance of the principle – if not the contemporary practice – of segregation. Dube had no desire to end British rule and the spread of Christianity, both tools of control.

The agenda of the New World Order (14) is divide and conquer through the perceived threats, such as hardship and resentment, war and conflict, engineered shortages, food; water; land, stress and ill health. All these situations provide wealth and control for the ‘king’ and his cronies.

When people are fed lies from birth, they accept it as fact. Poor nutrition encourages ill health, poverty assists. Toxins are introduced into the food supply, so called medication is prescribed; the water and the air are polluted. This speeds up the process of subjugation.

AIDS, syphilis, tuberculosis and polio are all simple to cure, but that will not get the people coming back in droves for treatment. Rockefeller is an oil man and oil represents really big money and even bigger control. Oil is the basis for all chemicals from medicines to underwear, plastics to motor cars. Guaranteed you are wearing plastic, sitting on it, eating it and driving around in it, it shelters you at night and eventually you will be buried in it.

1895 Booker T involved Julius Rosenwald, (15) head of Sears Roebuck in an experiment involving 600 black men infected with syphilis. These men were told that they were being treated for bad blood (2) they were not treated at all. This was a rights violation perpetrated by black men against their own people. 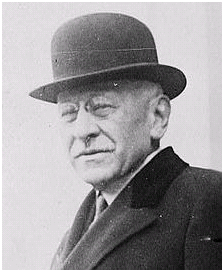 After the 1906 financial reorganization of Sears, Rosenwald became friends with Goldman Sachs’s other senior partner, Paul J. Sachs. Sachs often stayed with Rosenwald during his many trips to Chicago and the two would discuss America’s social situation, agreeing that the plight of African Americans was the most serious in the US. Sachs introduced Rosenwald to two prominent educators and proponents of African-American education, William H. Baldwin and Booker T. Washington. Rosenwald made common cause with Washington and was asked to serve on the Board of Directors of the Tuskegee Institute in 1912, a position he held for the remainder of his life.

Part four of Sleeping with the Enemy will follow shortly.