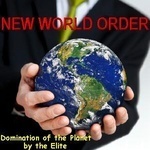 Back when I was new on this earth and arriving in town in a yellow school bus, the better part of a century ago (gulp), there was a program that came on our black and white TV in the late afternoon each day called “Captain Video”, in which, as I recall, the main characters were served by a robot name of “Tobor”, “robot” spelled backward – clever. And the whole galaxy seemed to be ruled by an ordinary-looking man of advanced years called “Commissioner Carey” (or “Carry”, or “Kerry”), who departed from his what must have been grueling schedule from time to time to make an appearance in the main characters’ spaceship to co-conspire or weigh in on some particularly tough problem confronting Captain Video and his faithful co-captain, “the Video Ranger”.

And that’s basically how…