We are starting with the coconut oil right away, thank you; infuse the coconut oil with mineral rich and healing herbs by placing some fresh leaves in the oil for a few days; the fact that this new dental paste cannot touch the skin clearly indicates it’s not wholly natural; or, it’s probably with purpose of control; if we cannot make it at home then it will be controlled to profit off of us, anyways; and then they will give it a shelf life so that we have to come back, anyways; anything corporations touch, turns to “sold”; then we are back to square one; we must put the power back in the hands of the people; blessings

What happened was humanity sold it’s soul for at least one or more of the 7 deadly sins; unless we can return to ME (morals & ethics), we will remain lost, without faith and in hopelessness; many have already embarked on this journey of the return to innocence; be blessed

The gnostic warriors have awoken… history repeats; this time is the last time; playing for keeps, they occupy earth:)

When one sticks to the truth as Putin does, then there is no need for “public relations” which is really just damage control for lies; in peace

Thanks for highlighting the activities of these dreaded NGO’s; we feel that not even exposure is given in this regard; blessings

In order to “heal to divisions of the past” we are going to have to lance these boils and squeeze out the puss for true healing to begin; not even Babylon’s make-up can hide the repugnant blemishes no more; if one scratches deeper into these ancient religions that believe in satan, they all go back to Zoroaster and the bloodlines of the Sumerian king Sargon (in Europe it’s Argon) sounds similar to “Dragon”; and, there we find all the archetypes of “fallen angels” aka demons aka ancient aliens, djinn, evil spirits still tripping humanity up, the gods and goddesses, messiah, antichrist and all deities from all Eurasian religion;

We are already on the New Earth in the Truth Age (the word “New Age” has just too many negative connotations, already) and we are going to have to find inner peace, to manifest outer peace and then seek truth and reconciliation with these oppressors, albeit in an International Tribunal for Natural Justice; and, then we can finally let the dead bury the dead, forget about Yesterday’s God and Deities and focus on Tomorrow’s God (read Eckhart Tolle for Tomorrow’s God) instead; in peace; be blessed

Thanks for a great post; adding it to the collection 🙂

Wow, you certainly have the experience to spread the truth; there are more and more of these type of conversations going on every year around family tables; and, it is growing exponentially; you are lucky that your family is at least still inviting you:); we had to call it a day with ours many years ago… our family works for “government” and we cannot be seen to be related;

We activists all have our ‘family-get-together’ stories to tell; Unfortunately, family are the very people who we have history with and therefore the first to reject our notions, outright; “a prophet is not recognised by their family or community”; it’s a fact, so do not even try; it just rubs them up the wrong way; the best we can do in these situations is to come to acceptance of that which is and to lead by example; be blessed

TABU; Towards A Better Understanding 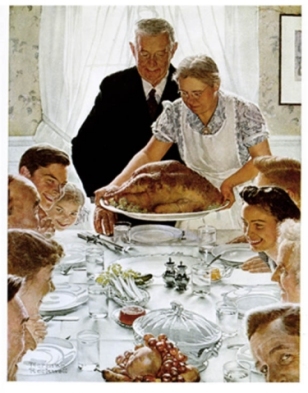 ( ~ Ed. I’m sure many of you experience the same difficulties with family trying to educate, alert and inform.   We must be heard and we must not fail to rally all towards a common goal to halt Geoengineering.  It is not about you and I, it is about our chidren’s very uncertain future and that of all sentient Life.)
*****

Earth is under siege from countless factors. Unimaginable and irreparable damage has been done, there is no going back in any time frame that matters. We are now in a battle to preserve what is left of our planet’s life support systems.
The greatest single leap we can make in the right direction is to expose and halt climate engineering. The natural resources that industrialized/militarized society has relied on to sustain itself are waning at blinding speed.
Rapidly escalating global conflict is directly connected to the increasing scarcity. Global economic, environmental…

“You Know Something Is Wrong When…..An American Affidavit of Probable Cause”

Patriot Woody submits for your review…

Here is a 7-minute book report audio file with Rich Scheben, about Judge Anna Von Reitzinger’s book “You Know Something Is Wrong When”

I highly recommend this book as a foundational wake-up syllabus for concerned, responsible people.  They’ve been lying to us since the removal of the original 13th amendment.

Open with your preferred player.

Yes, killing is very old school and passe; it’s like corporal punishment and detention; only good for illuminati wannabees… very outmoded and very pointless; there is no way to peace; peace is the way – Mahatma

The outspoken comic is one of 23 people who have signed a letter begging the PM to block air strikes – with Jeremy Corbyn opposing bombing too.

The outspoken comic is one of 23 people who signed a letter begging the Prime Minister to block air strikes tonight after he warned Britain is under ‘armed attack’.

Their missive to Number 10 condemns the ‘rush to bomb’…

Banning the monarchies and re-distributing their wealth is great for preventing climate change! Just think how many refugees can live in a 1430 room palace? Down with hierarchy! in peace

The further we move from natural law, the less the chances of survival of our natural future generations; in peace 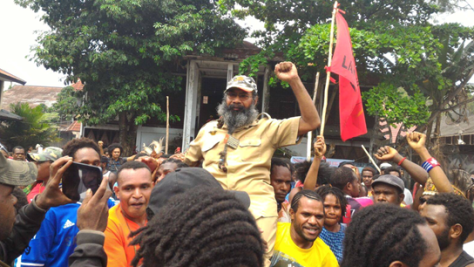 A high-profile West Papuan dissident leader has been released from prison after more than a decade behind bars for raising a flag.

According to a Survival International article, Karma, 56, was arrested in 2004 after leading a peaceful demonstration in West Papua, calling for independence from Indonesia and raising the “Morning Star flag.”

He was named by Amnesty International as a prisoner of conscience. His detention was condemned as “arbitrary” by the United Nations.

In August this year when the government of Indonesia offered him a pardon in exchange for admission of guilt.

Amnesty International wrote, Karma refused because he felt it would…

Avrice… and Merchants in the Temple… very telling; in peace

So many things that I recall
When we were young just flying high
Can we turn our fate at all
I wish we could say, don’t you cry

Another day has just begun
Life goes on, there’s no return
How can I trust anyone
When honesty is such a dirty word

The first thing to do is waiver one’s right to ‘recognition as a person’; when Thomas claimed to be the beneficiary that was when he granted her jurisdiction and she then immediately issued the fine;

The State created the ALL CAPS NAME so ABANDON IT in a case like this; declare it civilly dead; the only safe way in the sea amongst the leviathan and the sea monsters and the grottos of Neptune is act dead; that’s what we did; we abandoned our ‘person’, bank accounts, business, everything, living on alms now, repented our sins, got baptised in the wilderness as Jesus the Nazarene was; have a baptism card; and now the courts have accepted us as “brother thomas” and it’s a precedent; they tried to arrest us before and they had to let us go, meaning me, myself, “I”; we are a duality, not an ‘I’; we use the word ‘we’; I is just the ego, no heart…

Only a religious man still has any safety in the law of the sea military courts of admiralty where citizens are conquered legal fictions under occupation:

DEATH. The cessation of life; the ceasing to exist; defined by physicians as a total stoppage of the circulation of the blood, and a cessation of the animal and vital functions consequent thereon, such as respiration, pulsation, etc.
This is “natural death,” in contradistinction to “civil death,” and, also, to “violent death,” See those titles, infra.
Civil death. The state of a person who, though possessing natural life, has lost all his civil rights, and as to them, is considered as dead. Quick v. Western Ry. of Alabama, 207 Ala. 376, 92 So, 608, 609.
At common law, the extinction of civil rights and relations, so that the property of a person declared civilly dead passes to his heirs as if dead in fact. Holmes v. King, 216 Ala. 412, 113 So. 274, 276.

INTESTABLE. One who has not testamentary capacity; e. g., an infant, lunatic, or person civilly dead.

RELIGIOUS MEN. Such as entered into some monastery or convent. In old English deeds, the vendee was often restrained from aliening to “Jews or religious men” lest the lands should fall into mortmain. Religious men were civilly dead. Blount.

CONSCIENCE, RIGHT OF. As used in some constitutional provisions, this phrase is equivalent to religious liberty or freedom of conscience. Com. v. Lesher, 17 Serg. & R. (Pa.) 155; State v. Cummings, 36 Mo. 263.

Liberty of Conscience
Liberty for each individual to decide for himself what is to him religious. Gobitis v. Minersville School Dist., D.C.Pa., 21 F.Supp. 581, 584. See, also, Religious Liberty, as defined below.

Religious Liberty
Freedom from dictation, constraint, or control in matters affecting the conscience, religious beliefs, and the practice of religion; freedom to entertain and express any or no system of religious opinions, and to engage in or refrain from any form of religious observance or public or private religious worship, not inconsistent with the peace and good order of society and the general welfare.
See Frazee’s Case, 63 Mich, 396, 30 N.W. 72, 6 Am.St.Rep. 310; State v. White, 64 N.H. 48, 5 A. 828.

LIBERUM CORPUS NULLAM RECIPIT ;ESTIMATIONEM. Dig. 9, 3, 7.
The body of a freeman does not admit of valuation.

LIBERUM EST CUIQUE APUD SE EXPLORARE AN EXPEDIAT SIBI CONSILIUM. Every one is free to ascertain for himself whether a recommendation is advantageous to his interest. Upton v. Vail, 6 Johns. (N.Y.) 181, 184, 5 Am.Dec. 210.

So, now Bono and cohorts want to destroy our heirloom and the soil? Think again; we have our own vision for ourselves thank you; blessings

Thank you for the recap; blessings