the following has gone out this morning to the CEOs of major RSA Banks & FSPs:

THE SYSTEM IS CRACKING AND THE ONLY THING STANDING BETWEEN YOU AND THE PEOPLE IS US!!! WE ARE HOSTING MASS WORKSHOPS TO CALM THEM DOWN! THEY KNOW THE TRUTH! AND ONLY THE TRUTH WILL SET US FREE NOW; SO, GO TO:

BLESSED ARE THE PEACEMAKERS!!!

ALL OF THIS CAME ACROSS OUR NEWS DESK IN ONLY THE LAST 24 HOURS: READ AND WEEP…

It had been quite a downcast start to the third quarter earnings season following very disappointing earnings from Illumina, Adobe and Yum Brand. Then Moments ago agri-giant Monsanto made it four out of four when it reported a huge miss on both the top and bottom line, with Q4 revenue of $2.36 billion, far below the $2.79 billion consensus estimate and down 10% from a year ago. The EPS was likewise a disaster, which at at loss of $0.19 in Q4, was also far below the consensus estimate of ($0.03).Q4 EBIT tumbled to -$773 million, while full year EBIT was down 15% to $2.2 billion.

This is what the company justified this shockingly bad result:

Full-year net sales results were driven by the performance of the company’s Seeds and Genomics segment and licensing agreements, which were more than offset by foreign currency headwinds, declining corn acres and declines in glyphosate pricing.

LaRouche Mobilizes to Shut Down Wall Street, As Bankers Shriek:

“The System Is Cracking”

As you read this report, a strong delegation of LaRouche PAC organizers from New York City—seasoned veterans of Lyndon LaRouche’s “Manhattan Project”—has arrived in Washington, D.C. to head up a day of organizing and lobbying on Capitol Hill on Oct. 7, to urge key responsible Congressmen and Senators to act at once to shut down Wall Street, and implement Glass-Steagall. As LPAC’s 7-point statement, “For Urgent Attention of Congressmen, Senators and Other Members of the U.S. Government” specifies: “There is now an acute emergency which threatens to kill millions of Americans, primarily, and also citizens of other countries,” which requires action now, this week.

Panic among Wall Street and City of London bankers is evident just barely below the surface. The lead article in the Oct. 3-9 edition of the Economist, the banner publication for City of London financial interests, warns that “the system is cracking,” and calls for a massive effort to backstop the bubble with new waves of quantitative easing—exactly as Lyndon LaRouche has warned is their intention. Similarly, Forbes magazine frets that “there are over $600 trillion in OTC [over-the-counter] derivatives outstanding” on the books of the mega-banks (although the real number is probably twice that amount), which could blow the entire system apart, once a run begins. “For the likes of JP Morgan, Bank of America, Citigroup, Goldman Sachs and Morgan Stanley, these issues remain a topic of life or death.”

FOR URGENT ATTENTION OF CONGRESSMEN,

SENATORS AND OTHER MEMBERS OF THE US GOVERNMENT

October 5, 2015 — Key responsible Congressmen and Senators (and there are some), and other US government representatives must meet at once, to issue Findings of Fact and Statements of Commitment roughly as follows, for immediate enactment into law, and into immediate effect.

1.) There is now an acute emergency which threatens to kill millions of Americans, primarily, and also citizens of other countries.

2.) This is due immediately to the bankruptcy of Wall Street. Wall Street is totally and irremediably bankrupt. The successive Bush and Obama bailouts and the rounds of “quantitative easing,” have only succeeded in making all of Wall Street’s values valueless, and finalizing its bankruptcy.

3.) If Wall Street is permitted to blow out again on its own terms, as now appears imminent, the result will be the worst panic in history, which will close down everything that remains of the US economy. We will have mass death, on the order of the Black Plague which wiped out one-third of the population of Europe. Another Wall Street bailout, which Obama will demand if he is permitted to remain in office, would trigger a hyper-inflation just as deadly.

4.) Hence, Wall Street must be closed down pre-emptively by US Government action, in the spirit of what Franklin Roosevelt would do if he were alive today. (Although the crisis he faced was far milder.) Only activities compatible with a strict Glass-Steagall standard must be allowed to continue.

5.) The Federal Government must issue US dollars as credit to preserve the lives of the population and employ all the employable, in the spirit of Roosevelt’s kindred actions with Harry Hopkins.

6.) Over the slightly longer term, US Federal credit must be used to rapidly raise the level of productivity of US labor, through increased energy-flux density with scientific and technological progress.

7.) Finally removing Barack Obama from office would be an excellent starting-point for these urgent reforms.

BEFORE THEY BANKRUPT THE UNITED STATES 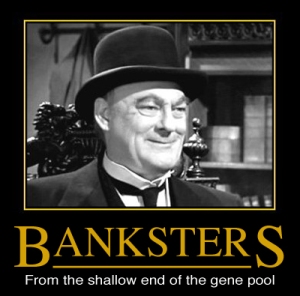 World Is On Brink Of New Recession, IMF Warns:

“The forecast change, contained in the Fund’s World Economic Outlook, will be seen as further evidence of the risk that the world could slide back into a slump in the coming months.”

“Moreover, downside risks to the world economy appear more pronounced than they did just a few months ago.” 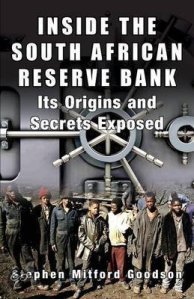 URGENT NOTICES ARE GOING OUT NOW!!!

Without any prejudice, see this as an invitation to come to the table and start discussing remedies; we are inviting FSP CEOs to step up to the plate, but they are hiding; the system is cracking… the ship is sinking… Your corporation is NOT practicing positive economics, nor have you been trained in it:

“Progress in positive economics will require not only the testing and elaboration of existing hypotheses but also the construction of new hypotheses. On this problem there is little to say on a formal level. The construction of hypotheses is a creative act of inspiration, intuition, invention; its essence is the vision of something new in familiar material. The process must be discussed in psychological, not logical, categories; studied in autobiographies and biographies, not treatises on scientific method; and promoted by maxim and example, not syllogism or theorem.” – Milton Friedman – Essays on Positive Economics; page 27; Part I – The Methodology of Positive Economics; University of Chicago Press (1953), 1970, pp. 3-43

We say that we can wait no longer and are now taking action; therefore, we write to you on behalf of UZA: people’s courts, forums and tribunals, the Southern Africa Chapter of the committee in support of the International Tribunal for Natural Justice. The Tribunal will function similarly to the Nuremberg Tribunal, where government officials in Germany were tried for crimes against humanity. The primary difference is that the ITNJ is founded on principles of Natural Law, and has universal jurisdiction, recognizing no borders against justice. The ITNJ therefore stands positioned to set legal precedents that restore common dignity, truth & reconciliation, and reason to the delivery of justice in the world.

We are reaching out to CEOs and leaders to discuss disclosure, remedies, natural justice and positive economics. Please have a look at the Proclamation, Mission, and Treaty of the International Tribunal for Natural Justice (www.itnj.org) and consider aligning with this noble endeavor. We would be greatly honoured to count your name and voice among those people now advocating a planetary renewal in law and governance. The International Tribunal for Natural Justice was officially established on February 14th of this year – and the world is responding. Thousands of constitutional scholars, law researchers, human rights groups and activists are joining hands across a wide spectrum of issues to support the ITNJ. The Tribunal’s ceremonial seating was broadcast around the world via secure live-stream: https://www.youtube.com/watch?v=5-IDJKGHyJQ

The establishment of the ITNJ means that it is no longer out of reach to bring to trial the decision-makers at the top of corporate and government structures masquerading as our governments and our court systems. No longer will corporate agents be able to hide behind a corporate veil claiming immunity from prosecution. We sincerely hope you will participate. This is truly for the People, by the People. You are invited to contact the Administrator at commonlawsa@gmail.com in confidence;  ex causa onerosa, all rights reserved, in peace,

SEND THIS TO YOUR CEO!!! CIRCULATE THIS AMONGST ALL STAFF!!!

HOLD A REFERENDUM AND FIRE THE ONES BLOCKING CHANGE!!! 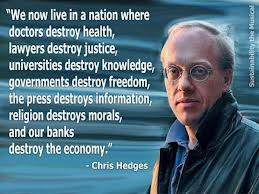 THE LONGER WE WAIT THE MORE THE DESTRUCTION!!!

PERPETRATORS WILL BE TRIED BY THE PEOPLE IF THEY DO NOT ACT!!!

YOU HAVE BEEN WARNED!!! WE SEE WHAT IS COMING!!!

WE WANT PEACE, TRUTH & RECONCILIATION ONLY;

WE ARE ALL GUILTY, BUT THE UN-EDUCATED PEOPLE DO NOT SEE IT THAT WAY… HELP US TO EDUCATE THEM!!!

2 thoughts on “SIRS? BANKSTERS? sirs… better start getting dressed… for the tea party… SIRS, expect the people… and the Queen will be there, please keep your head and R.S.V.P.”