And the merchants who waxed rich will stand afar and bewail her fall… he he… we have remedy; in peace 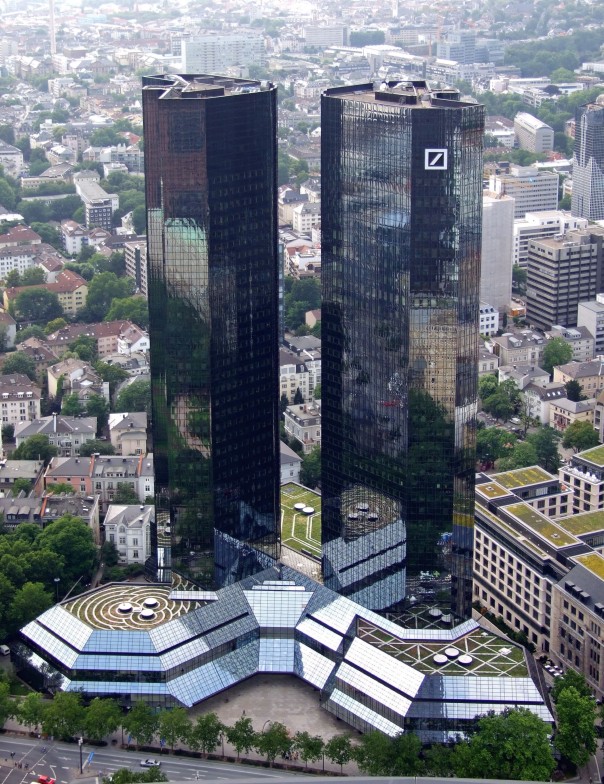 Could a Deutsche Bank collapse trigger a worldwide market collapse?
Many career analysts are comparing Deutsche bank to Lehman Brothers, only worse.

“Deutsche Banksaid on Thursday that it had hired a senior banker [Celeste Guth] from Goldman Sachs to serve as one of its top advisers for banks and insurance companies.
The banker, Celeste Guth, will be a co-head of the global financial institutions group with Tadhg Flood.
When she joins Deutsche Bank, she will be based in New York and will report to Paul Stefanick, the bank’s global head of investment banking coverage and advisory.” –nytimes.com

The bank is facing trouble… 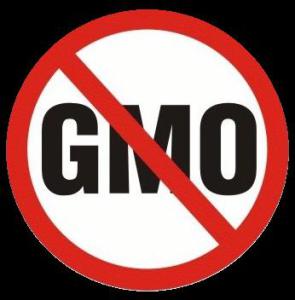 The Minister’s announcement follows an EU decision earlier in 2015 to permit Member States to opt out of growing approved GM crops within their territories.

Making the announcement at the launch of Environment Week in Parliament Buildings, Mark H Durkan said: “I remain unconvinced of the advantages of GM crops, and I consider it prudent to prohibit their cultivation here for the foreseeable future. HAVE YOU ALSO WONDERED WHY IT HAS TO BE A MAILER DEMON?

Technical details of permanent failure:
Google tried to deliver your message, but it was rejected by the server for the recipient domain

There is no way to peace; peace is the way. – Mahatma Gandhi

– THE STORY OF THE ESSENE GOSPEL OF PEACE

– It was in 1928 that Edmond Bordeaux Szekely first published his translation of Book One of The Essene Gospel of Peace, an ancient manuscript he had found in the Secret Archives of the Vatican as the result of limitless patience, faultless scholarship, and unerring intuition. This story is told in his book, The Discovery of the Essene Gospel of Peace, published in 1975. The English version of Book One appcared in 1937, and ever since, the little volume has traveled over the world, appearing in many different languages, gaining every year more and more readers, until now, still with no commercial advertisement, over a million copies have been sold in the United States alone. It was not until almost fifty years after the first French translation that Book Two and Book…

– The meeting in Dallas the night before the assassination included:

… At the home of Clint Murchison, the Texas oil tycoon.

Murchison owned J. Edgar Hoover, Lyndon B. Johnson, and State of Texas law enforcement and stood to lose a fortune if Kennedy changed the oil depletion allowance and faced the very real possibility of jail time should then-Vice President Johnson be indicted, which gave the appearance of being a certainty.

Nixon and others involved claimed not to remember where he was that night.

The fingerprint found in the Book Depository sniper’s nest and suppressed by the FBI belonged to LBJ’s henchman who was convicted in at least one murder and was suspected of committing several others on Johnson’s behalf.

But it doesn’t matter who did what, what weapon they used, and what position they…

Without any prejudice to Pastors and spiritual leaders,

But if we are truly seekers of the truth then only the truth can set us free, right?

The first lines of the Dead Sea Scrolls read: “Always question the meaning of life and of existence itself.”

John Ch.VIII:32 – And ye shall know the Trueth, and the Trueth shall make you free.

It’s only through investigation that we can become free:

The following quotes on “Amen” from the Payrus of Ani; Egyptian Book of the Dead:

What is this? “It is Amentet, [that is to say] the creation ofthe souls of the gods when Osiris was leader in Set-Amentet. “Others, however, say that it is the Amentet which Ra hath given unto me; when any god cometh he must rise up and fight for it. “I know the god who dwelleth therein.”

Amun, the Great God: Hidden, One and Millions.
http://www.maat.sofiatopia.org/amun.htm

¶¶ THE REVELATION of S. Iohn the Diuine. CHAP. 1.8 I am Alpha and Omega, the beginning and the ending, saith the Lord, which is, and which was, and which is to come, the Almighty.

Who are we invoking when we say “Amen”?

Should we not be saying “Alpha and Omega”?

The same deception hides in our courts as in our religions…

Conclusion: Be a lamp of truth unto yourselves in these dark times and beware of false shepherds and prophets… let those who have eyes see… in peace

Yes, this is it folks;

the ‘trimtabs’, those who altered the course and only the few who are aware among the people will reflect back and realize it happened here…
but, the scriptures tell us that we won’t even remember the ugly past… nor will it come to mind… 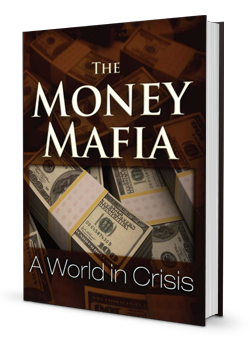 Things Are Bad and getting worse, But there are choices!
A prosperous and free world is within our capacity to manifest.
Each of us can contribute to healing the world.

You can be Proactive, File and Record Legal Petitions, Notices & Complaints, Share Information on the internet, request Boycotts & Walkouts, Coordinate Neighborhood Crime Watch with Militia Armed Self-Defense, create Local Complementary Currencies, P2P Exchanges, support local businesses, Community Farming, join DIY or Hobby clubs, explore your unique ideas and innovations.
This is not about doom, this is about problem solving and healing.
Yes, some choices are difficult, or tedious, while others are fun, however change is inevitable…

This is more than an American problem, it is a worldwide problem.
I recall decades ago when the phrase “Truth Seeker” had a different meaning, it “felt” different than it does now.
If I compare then to now, I would say that…

and the truth will set us free… and if, we be free then we be free indeed…

There is NO statute of limitations on treason, piracy, barratry or war crimes… 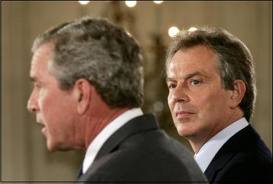 Originally published by GR in November 2011,  this report outlines the 2011 judgment of the Kuala Lumpur War Crimes Tribunal. It is of particular relevance to the role of Tony Blair in the Iraq war, which is currently the object of controversy and debate in the UK.

And the truth will be proclaimed from the rooftops!!!

Without prejudice,
but only a few get it; we say Alpha and Omega to your words carl-Alfred: “Send the word that the time has now come not to overthrow a government for we have no such thing. The time has come to simply, peacefully, if possible, restore a just and lawful system wherein We the People resume our position atop the pyramid of power.”

Send the word that the time has now come not to overthrow a government for we have no such thing. The time has come to simply, peacefully, if possible, restore a just and lawful system wherein We the People resume our position atop the pyramid of power.

Having now seen the responses from both Anna and Steve it becomes painfully evident that those who would believe they are serving someone or something other than themselves or some heretofore undisclosed agenda have no use for those who would seek to change the current criminal enterprise through action. They speak in platitudes and lofty distractions while an entire society is being deconstructed.

Those who would throw themselves over the barbed wire of this system of government to provide a path forward for the newly awakened to breach the gates of the Elitist erected wall around their system of government have thus far done so in vane as the agents of that system have successfully convinced the growing army of foot soldiers they cannot change what they have every right to change.

It matters not who the agents for…

While Bono is spearheading the unleashing of GMOs on Africa…

For purposes of understanding one’s legal or commercial status under the Admiralty system (the law system used in England, Canada and much of the US), it is necessary to examine the curious use of all CAPS -Capitis Diminutio Maxima- in legal and domestic income tax forms, credit cards & statements, loans, mortgages, speeding & parking tickets, car documents, road tax, court summons etc. While seemingly a trite concern, this apparently small detail has extremely deep significance for all of us!

Gage Canadian Dictionary 1983 Sec. 4 defines Capitalize adj. as “To take advantage of – To use to ones own advantage.”

Capitis Diminutio (meaning the diminishing of status through the use of capitalization) In Roman law. A diminishing or abridgment of personality; a loss or curtailment of a man’s status or aggregate of legal attributes and qualifications.

Capitis Diminutio Minima (meaning a minimum loss of status through the use of capitalization, e.g. John Doe) – The lowest or least comprehensive degree of loss of status. This occurred where a man’s family relations alone were changed. It happened upon the arrogation [pride] of a person who had been his own master, (sui juris,) [of his own right, not under any legal disability] or upon the emancipation of one who had been under the patria potestas. [Parental authority] It left the rights of liberty and citizenship unaltered. See Inst. 1, 16, pr.; 1, 2, 3; Dig. 4, 5, 11; Mackeld. Rom.Law, 144.

Capitis Diminutio Media (meaning a medium loss of status through the use of capitalization, e.g. John DOE) – A lessor or medium loss of status. This occurred where a man loses his rights of citizenship, but without losing his liberty. It carried away also the family rights.

Capitis Diminutio Maxima (meaning a maximum loss of status through the use of capitalization, e.g. JOHN DOE or DOE JOHN) – The highest or most comprehensive loss of status. This occurred when a man’s condition was changed from one of freedom to one of bondage, when he became a slave. It swept away with it all rights of citizenship and all family rights.

Diminutio. Lat. In civil law. Diminution; a taking away; loss or depravation.

The information regarding the ALL CAPS is correct; however, technically speaking we should be using ALL CAPS now as the US Navy abandoned use of ALL CAPS in 2013 he he:
U.S. Navy adjusts to the times; ditches its ALL CAPS message format
By Ed Payne, CNN
Updated 0945 GMT (1645 HKT) June 13, 2013
Source: http://edition.cnn.com/2013/06/13/us/navy-all-caps/index.html

Great post;
we are going for the trim tab and the wheel 🙂 why wait?

This is the downfall of the sovereign ‘citizen’ movement is that they still act in a limited jurisdiction capacity; the only way to take on the system is to repent ones sins and be baptised as a religious man:

IN MORTUA MANU. Property owned by religious societies was said to be held in mortua manu, or in mortmain, since religious men were civiliter mortui. 1 Bl.Comm. 479; Tayl.Gloss.

We hope that the west Virginians do their best to set him free; our prayers are with you folks… be blessed 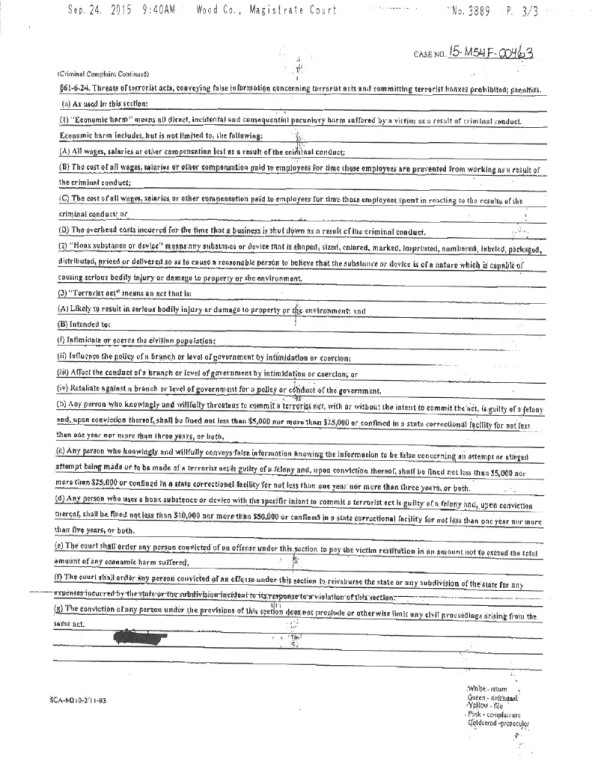