We have discovered this in the courts; when you make an oath that you are a ‘person’, you have now perjured yourself and are an unreliable witness and therefore the ‘deity’ can now imprecate it’s vengeance on you; read the definition of ‘deity’ in Black’s Law Dictionary, 4th edition; in peace

This is madness; “There is no way to peace; Peace is the way” – Ghandhi

To add to this, we discovered that REPUBLIC OF SOUTH AFRICA (PTY) LTD is registered as a conformed company on the US Securities & Exchange commission, governing law NEW YORK!; we discovered there that our 4 major banks are the managers and lead custodians approved by JP Morgan representing the ASA; this was found in a federal court decision where one major RSA bank was replaced by another; this applies to nearly all countries that are under the federal central banking system and all corporations are registered in Delaware; in peace

To answer that question and give you the fair full depth of it, you have to learn a lot of history and learn it right now. I am sick and tired of having people say I am not a judge and asking me in what sense I am a judge and coming up with all these silly suppositions and accusations, so I am going to answer you and then I am going to post this letter and let everyone else read it to their heart’s delight.

Please bear in mind that if you feel stupid or overwhelmed at the end, that’s normal, and we all go through that in the process of waking up. Just realize that you were intentionally defrauded and kept uninformed, so it isn’t your fault that you never knew any of this. You simply… 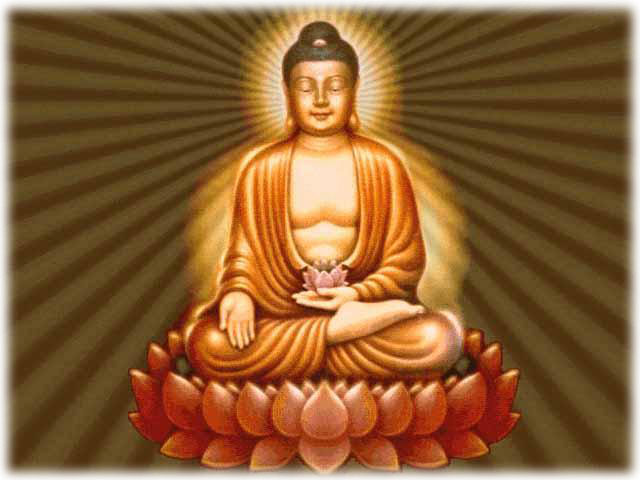 By Wes Annac, The Culture of Awareness

I define a “sage” as someone who uses their awareness, which they find in stillness and contemplation, to subtly and quietly create positive change. The sage embodies material transcendence and expresses him or herself through love and peace, and everything flows to this quiet, still embodiment of divine perfection.

The sage who’s successfully opened their mind and allowed their heart-centered wisdom to pour through gains a greater understanding of the nature of reality, and in my opinion, we don’t have to accomplish anything to become a sage.

Yes, right now the battle of People vs Banksters is on and we nedd to win this for humanity; in peace

The issue which has swept down the centuries and which will have to be fought sooner or later is the people versus the banks.  (Lord Acton)

As reported on Zero Hedgeover the weekend, a Swiss pension fund manager calculated that he could save his clients a substantial amount of money by withdrawing cash from his fund’s bank account, which was yielding a negative interest return, and depositing the cash in an insured vault.  Exercising his fiduciary responsibility, he notified his bank of an impending large withdrawal of CHF.  The bank rebuffed the fund manager’s request, informing him:

We are sorry, that within the time period specified, no solution corresponding to your expectations could be found.

One banking expert argues that the bank’s action “is most definitely not legal” because the pension fund holds a “sight account,”  which gives the holder the…

CAIRO—An Egyptian criminal court sentenced ousted Islamist President Mohammed Morsi to 20 years in prison over the killing of protesters in 2012 on Tuesday, the first verdict to be issued against the country’s first [scam] elected leader.

I’m flagging up here a couple of posts by others, a couple of posts which I’m linking together as highlighting benefits of the Human Rights Act. Both are from bloggers I’d highly recommend following anyway – @DrMarkElliott‘s Public Law for Everyone and @SteveBroach‘s Rights in Reality. Both are about recent decisions of the Supreme Court. But since they’re both legal blogs, I hope the authors won’t mind if I go back a couple of steps for a non-legal audience.

There has been a long-running debate about what happens if the State (which includes central and local government and lots of officials and bodies which make decisions on behalf of the State) does something unreasonable. Decisions have been able to be challenged by a process called judicial review, but a very old case Associated Provincial Picture Houses Ltd v Wednesbury Corporation [1947] EWCA Civ 1…

Excellent post; common law is the remedy for real justice; in peace

Public Law for Everyone

I gave a Current Legal Problems lecture in March concerning the relationship between common-law constitutional rights and the system of rights protection that obtains under the Human Rights Act 1998 and the European Convention on Human Rights. I have now finished work on the article version of the lecture. The full text of the article can be downloaded here, via SSRN.

Thanks for re-blogging this post; South Africans are slowly waking up to the fact that colonial economic apartheid is alive and well; some valuable info on Cecil Rhodes and Lord Milner who used his “Kindergarten” (9 young men) to manipulate and create a fraudulent Union of South Africa which was passed without referendum; in peace

This article was first published in July 2013

Rich and powerful elites have long dreamed of world control. The ambitious Romans, Attila the Hun, great Muslim leaders of Medieval Spain, the Mughals of India all exercised immense influence over different parts of the globe in set periods of recognised ascendancy.

Sometimes tribal, sometimes national, sometimes religious, often dynastic, their success defined epochs, but was never effectively global until the twentieth century. At that point, with the future of the British Empire under threat from other aspiring nations, in particular Germany , a momentous decision was taken by a group of powerful and determined men, that direct action had to be taken to assert their control, and that of the British race, over the entire civilised world. It has grown from that tiny select cabal into a monster that may…

As a thing is bound, it is unbound.
It is necessary for us to all have a common base of understanding in order to work together and function lawfully and properly — so step one is to provide people with the facts they need to make their own determinations.
It is a waste of precious time to try to bring people like Janet along without a book of facts to lay in front of their noses and even then some people will cling to the rats and their trough.
I have said from the beginning I am not here to prove anything to anyone. I am here to inform and let people find out for themselves.
Toward that end the comic book has been prepared.
Anyone who wants to know the truth can…

Popular uprisings in the United States and around the world are inevitable in the face of environmental destruction and wealth polarization.

Chris Hedges has chronicled the malaise and sickness of a society in terminal moral decline in his books Empire of Illusion and Death of the Liberal Class—investigates what social and psychological factors cause revolution, rebellion, and resistance. Drawing on an ambitious overview of prominent philosophers, historians, and literary figures he shows not only the harbingers of a coming crisis but also the nascent seeds of rebellion.

A lot of this applies to other countries too such as the Ole Boys’ club; we promote peaceful change; however, self-defence is a natural right; in peace

Passing along the info below and I believe this organization is trying unite all Americans to ACT….At this time, as far as I am concerned, our Government has fallen….yes, it is a corporation. We all do need to unite and do as much as possible to inform the Government or Corporation that we are onto their illegal and corrupt actions. I do believe there are some elected official who are trying (even though I believe there should be more actions against the enemies from within from any of the honest elected official) to do what they can to stop this insanity to bring down America completely. I believe there are threats and other forms of criminality that has crippled any of the honest individuals remaining. However, this is why we must keep hounding them so as possibly they will renew their…

It is most important to remember that All scriptures agree that before the Fall, All People were One; The Fall was into materialism of the mind which is where the focus lies on the things that divide us; The things of the heart is what unite us, such as unconditional love; Those that have pacts with the sinister forces are using we, the people against each other by focusing our minds on that which divides us;

Gandhi said: “There is no way to peace, peace is the way”.,
in peace, bt

We should be protesting ALL the foreign bases too, for starters; in peace