Arnie is right— fraud by semantic deceit, fraud by construction, fraud by misrepresentation.  Nobody in the Continental United States ever got up and said, “Gee, I want to pay into Social Security because it is such a good deal.”

People enrolled because an entity MISREPRESENTING itself as their lawful government told them that they had to.  And so, a coerced contract became the basis for further fraud and mischaracterizations.

The rats at the top knew full well what they were doing.

When any organization misrepresents itself it is acting in fraud.

In the service of the creator.

American Civil Flag – at Peace since 1874

It takes so few words to express the truth! Despite claims of a “revitalized” city hundreds of thousands remain imperiled

A broad based coalition of Detroit organizations is fighting for a moratorium on property tax foreclosures where 62,000 homes, apartment buildings, small businesses and lots are slated for seizure by Wayne County. Another 15,000 are also scheduled for the broader county.

In addition, tens of thousands more will revert back to foreclosure since they were not able to keep up with payment plans established last year. The Wayne County Treasurer’s office has encouraged people to come forward and sign agreements to make payments in installments.

However, with declining properties being over assessed by the city government and at least 40 percent of Detroit residents living in poverty, it is highly unlikely that these agreements will be honored.

On Thursday 26th March the Supreme Court concluded, to the delight of The Guardian and the dismay of the Prime Minister, that communications between Prince Charles and government Ministers – the so-called ‘black spider memos’ – should be released. This has been a long saga, involving issues of freedom of information, discussion of constitutional conventions surrounding the behaviour of a Monarch in training, which now also includes the principle of legality and the nature of the relationship between parliamentary sovereignty and the rule of law. Such a cornucopia of delights for constitutional lawyers guarantees that the case has earned its place in the ‘Constitutional law Case list Hall of Fame’, with the promise of further delight as the memos, once released and savoured, cast an insight into the relationship between the Crown and the Government.

Bill would impose $15,000 civil penalty if a cop interferes with citizens’ right to film 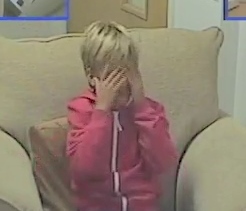 The Hampstead Judgement Contains Proven Falsehoods and Cannot Therefore be Valid.
As seasoned cover up merchants have long known, the best way to conduct a cover up is to get on the front foot, seize the initiative and present an essentially inverted narrative, where the perpetrators are the victims and the victims are perpetrators. As the Americans might put it, the best form of defense is offense.  And so it was that Justice Pauffley announced grandly and unequivocally on the first page of her Judgement that:

“I am able to state with complete conviction that none of the allegations are true. I am entirely certain that everything Ms Draper, her partner Abraham Christie and the children said about those matters was fabricated. The claims are baseless. Those who have sought to perpetuate them are evil and / or foolish “ Justice Pauffley, Hampstead…

Socialism is not the Answer

The Hillary Clinton email scandal is not simply a scandal. She broke the law and she did it more than once. Will she be prosecuted for it? Judge Napolitano was asked that question and in the end, she could be but it will depend on the prosecutor.

Former Secretary of State Hillary Clinton has given us her word that she only destroyed personal emails, but she has refused to turn over her husband’s server. She brazenly wiped the server clean when it was subpoenaed.

Information on Benghazi, the Russian reset and all the other dealings she has been involved in are lost. Communications with her aides, including Huma Abedin, are lost. Possible information about donations to her charity from foreign nations is gone. Schedule information is also gone.

She has clearly broken the law and the public was told to just trust her.

Trey Gowdy is not just trusting…

Thanks for the heads up; time to take down the beast …

Rothschild is still behind this, moving their wealth to China in 2013 already: http://prophecyinthemaking.blogspot.com/2014/02/rothchilds-move-to-china-signals-ww3.html
so what’s new?

We are going to have a BIG BIG BIG bonfire and thank Creation for it’s abundance; in peace

Watts Up With That?

Saturday 28th March is “Earth Hour” – a time to sit in the dark and appreciate the benefits of our cheap reliable hydrocarbon-energy.

[Like these candles, for example, from the WWF sponsored Earth Hour home page – Anthony]

We should spend Earth Hour giving thanks for warmth.

Just thirteen thousand years ago, Earth was in the grip of a deathly ice age. Sea levels were indeed much lower but much of the land surface was covered by thick sheets of ice. Life struggled to survive and many species were extinguished by the sterile suffocating ice.

Without any help from humans, Earth escaped from the ice. And as the oceans warmed they expelled part of their dissolved carbon dioxide which nurtured an enormous increase in plant and animal life.

But the ice still lurks near the poles, and Earth has suffered several cold relapses. The…

Sir William Blackstone, an authority on common and natural law stated the following:

“However, as it is impossible for the whole race of mankind to be united in one great society, they must necessarily divide into many, and form separate states, commonwealths, and nations, entirely independent of each other, and yet liable to a mutual intercourse. Hence arises a third kind of law to regulate this mutual intercourse, called “the law of nations,” which, as none of these states will acknowledge a superiority in the other, cannot be dictated by any, but depends entirely upon the rules of natural law, or upon mutual compacts, treaties, leagues, and agreements between these several communities: in the construction also of which compacts we have no other rule to resort to, but the law of nature; being the only one to which all the communities are equally subject; and therefore the civil law(c) very justly observes, that quod naturalis ratio inter omnes homines constituit, vocatur jus gentium.” [Sir William Blackstone, Commentaries on the Law of England in Four Books, Vol. 1[1753] INTRODUCTION: OF THE STUDY OF NATURE AND EXTENT OF THE LAWS OF ENGLAND, SECTION 1: ON THE STUDY OF THE LAW] [extract]

FUNDAMENTALS OF NATURAL LAW: We have a Natural Right to Discriminate

I have been watching this ‘debate’ over discrimination with great amusement.  First of all, I shouldn’t call it a debate.  In reality, it is bullying, but not by the people discriminating, but by the people who claim to be trying to stop discrimination.  Their hypocrisy is endless.  How can they not see that by forcing their views onto others — even in the supposed name of ending ‘unfairness’ — they are discriminating, themselves.  This notion that you can right a wrong with another wrong is irrational, but — sadly — it is what has come to pass for reason in our dysfunctional society.  The truth is, if we still understood the principles underlying this issue, we would understand that we all have a Natural Right to discriminate.  This right is even protected in the Constitution.  This means that the people…