Yatsenyuk told a crowd that the opposition is “not afraid” of accepting more political responsibility, but that Yanukovych still has to meet several demands. They include early elections, freedom for jailed protesters, and repealing anti-protest laws.

China to Purchase the Federal Reserve

will Australias debt move the country foward into a similar situation?

If you look at pages 77-111, those pages list the Trusts that are affected in the BK.

Starting at page 26 to 35 also lists the Trusts in this BK. Next gives you the parties, the attorneys and some other information.

ResCap Consolidated BK with US Bank and RASC Trusts

Keep up the good work, people.

The officials in high finance and government act like gangsters using threats to get what the want.
The Alerts have been globally sounded as the global cartel implement Biometrics, mass surveillance, police states, new restrictions on liberty, and prepare to declare wars/martial law/state of emergency to get what they want. ~Ron
. 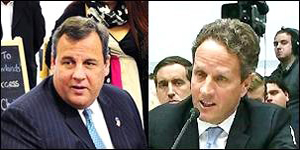