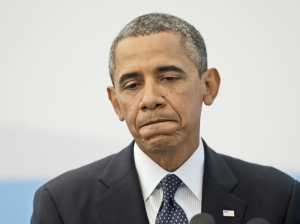 The White House has told federal agencies to prepare for a partial government shutdown on Oct. 1, as time continues to run out on a Congressional deal with no clear end in sight.

The Office of Management and Budget sent a memo to agency heads on Tuesday urging them to be “prepared for the possibility of a lapse.”

The memo comes as the possibility of a government shutdown has increased over the past few days. On Tuesday, Potomac Research Group’s Greg Valliere put the odds of a shutdown at 25%, up from 10% a month ago.

Chris Krueger, a Washington analyst at Guggenheim Securities, raised the odds of a shutdown to 40% on Wednesday. And his 60% odds on the other side were based on “blind faith, because there is little to no evidence to suggest that the House, Senate, and White House can agree to a stopgap measure in time.”

House Speaker John Boehner announced Wednesday that the House will look to pass a continuing-resolution bill that keeps funding at current sequestration levels and strips funding for the Affordable Care Act. It will go to the Senate, where it will be dead on arrival. And President Barack Obama would not sign the bill into law.

Meanwhile, Obama made an impassioned plea before the Business Roundtable in Washington on Wednesday, where he urged some of the nation’s top corporate executives to implore Republicans to avoid brinksmanship on a shutdown and over the debt ceiling.

“It is going to be important for all of you I think over the next several weeks to understand what’s at stake and to make sure that you are using your influence in whatever way you can to get back to what used to be called regular order around here,” Obama said,

“Doing things in a way that reflect the genuine, messy negotiations of democracy but do not promise apocalypse every three months. And I think this is the time for us to say once and for all we can’t afford these kinds of plays.”

The full OMB shutdown memo is embedded below: