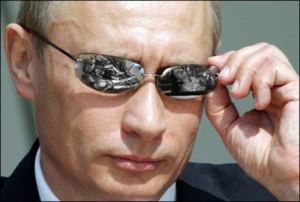 The caller unknown to this publication is a low level employee who could only state that there was some kind of a medical emergency involving President Obama. The other two callers known to us are both support personnel within the Obama administration. Both confirmed this week has been a political disaster for the president and this has taken a tremendous toll on him.
Russian President Vladimir Putin Has Recently Shamed Obama on the World Stage

Earlier this week Russian President Vladimir Putin derailed the president’s plan to bomb Syria and bury the U.S. in another war the people want nothing to do with and can ill afford to pay for. Putin negotiated a deal with Syria for control over its chemical weapons providing a peaceful resolution to a certain US attack. With the world watching Obama was forced to stand down causing him a great deal of shame and public embarrassment.

Before Putin extended the olive branch of diplomacy to resolve the Syrian crisis, he also agreed to grant asylum to Edward Snowden, the man who stole US secret documents that exposed the NSA secret program already underway and approved by President Obama to spy on all US citizens. Not only did Snowden expose the top secret NSA program to the world, he escaped US authorities in China and arrived in Russia where he repeatedly bitch-slapped the president by releasing more US secrets to the media.

Safely in the arms of Mother Russia Snowden, showed the world people how helpless and weak the Obama administration is at being utter failures at diplomacy, tact and statesmanship. While Putin and Obama were engaged in “negotiations” over Snowden’s extradition, Snowden and Putin were engaged in conversation about Snowden’s defecting to Russia.
Whistle-blower Edward Snowden Exposed Obama-NSA scandal

In one of the most crippling moments of President Obama’s tenure Putin cut a deal with Snowden for asylum giving the Russian president tons of other US secrets. Edward Snowden now lives safely beyond the reach of Obama’s dirty scandal ridden administration who would’ve imprisoned or killed Snowden without a trial clearly disregarding all of Snowden’s civil liberties and denying him the opportunity to explain his actions before a court of law who would determine Snowden’s fate… not Obama. Then Putin told Obama ‘no’ on Snowden’s extradition completely shaming the president in front of the world.

In the past couple weeks the big winners on the world stage have been Syria, Russia, Snowden and Putin; all at the expense of America’s impotent and fraudulent president.

Remember what Obama “sold” the American people in his 2008 bid for the presidency? Obama the “agent of revolution” guaranteed “change” instead he lied to everyone by promising the “most transparent” government – “no special interest” – “a new way of doing business” – “most honest” – “most righteous” – “the new beginning” – then there was the abortion of Obama’s world tour… what a national mortification. And today how many of these promises has the president kept?
President Obama – Epic Failure Shames America

Then today’s Gallup poll results have been absolutely devastating for the president and the Democratic party. Obama’s approval rating dropped to the lowest in presidential history, and support from the Democratic Party plummeted more than 25% from this time last year.

Our sources confirm late this afternoon a doctor was summoned to the oval office and remained with the president for about a half-hour. When the doctor emerged he was heard to say the president needed rest and would be sedated once he was moved to his bed. The White House has remained silent and has yet to make a statement publicly.http://nationalreport.net/meltdown-washington-president-obama-reported-sedated-following-emotional-breakdown/know-it/