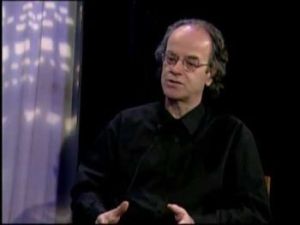 The evidence that was used to indict those responsible for the deaths of more than 50,000 aboriginal children in the Indian residential school system has been compiled in a four hour video presentation by The International Tribunal into Crimes of Church and State (ITCCS).

This exclusive DVD collection contains more than 150 exhibits, including original documents and eyewitness testimonies, that were featured in the International Common Law Court of Justice case that successfully prosecuted church and state leaders for crimes against humanity. (www.itccs.org/ICLCJ)

This unique collection is a priceless historic record of the truth that Canada and its churches, the Vatican and the Crown of England are still trying to bury – and a means to educate coming generations about Canada’s hidden history, and the ongoing effect of a genocidal legacy.

As an added bonus, the Genocide in Canada DVD collection also includes the award-winning documentary film by Kevin Annett, Unrepentant, (2007), which opened the lid on the Canadian Holocaust and prompted the 2008 Canadian government “apology” for Indian residential schools.

This collection is a must for all public educators, librarians and scholars, as well as the general public, social workers and legislators.

The entire four set collection is available for only $25 for individuals, $50 for non profit and educational bodies, and $75 for other institutions.
Here’s how to order:

1. Pay directly through paypal at www.itccs.org .

Issued by The International Tribunal into Crimes of Church and State
www.itccs.org / itccscentral@gmail.com

Sample links to the DVD series are below.